FIFE, SCOTLAND – With the Americans having powered to a 4-3 lead in this inspiring series after a third consecutive victory in New York last year, Team GB will be looking to regain the Simpson Cup on home turf as the showpiece moves to the iconic St Andrew’s Links from 19-22 May, 2019.

The annual competition, now staging its eighth edition, pits 13 injured servicemen and veterans from both sides of the Atlantic against one another in a Ryder Cup-style tournament that raises funds and awareness for On Course Foundation - a charitable organisation which is registered in both the UK and the USA.

All competitors involved are members of the Foundation, which helps men and women who were injured, sick or wounded in the line of duty rebuild their lives; both through being given the opportunity to play the game, and attaining employment in the golf industry. The Foundation also has Patrons which include His Royal Highness Prince Andrew, Duke of York, and formerly the late Arnold Palmer.

The Simpson Cup is the marquee event for the organisation, and has graced esteemed golf courses during its seven-year existence:

Yet for all the quality venues which have served up such memorable contests in years gone by, none boast the aura and history of the Home of Golf, and both the New Course and the famous Old Course will play host to the Simpson Cup over the competition days. 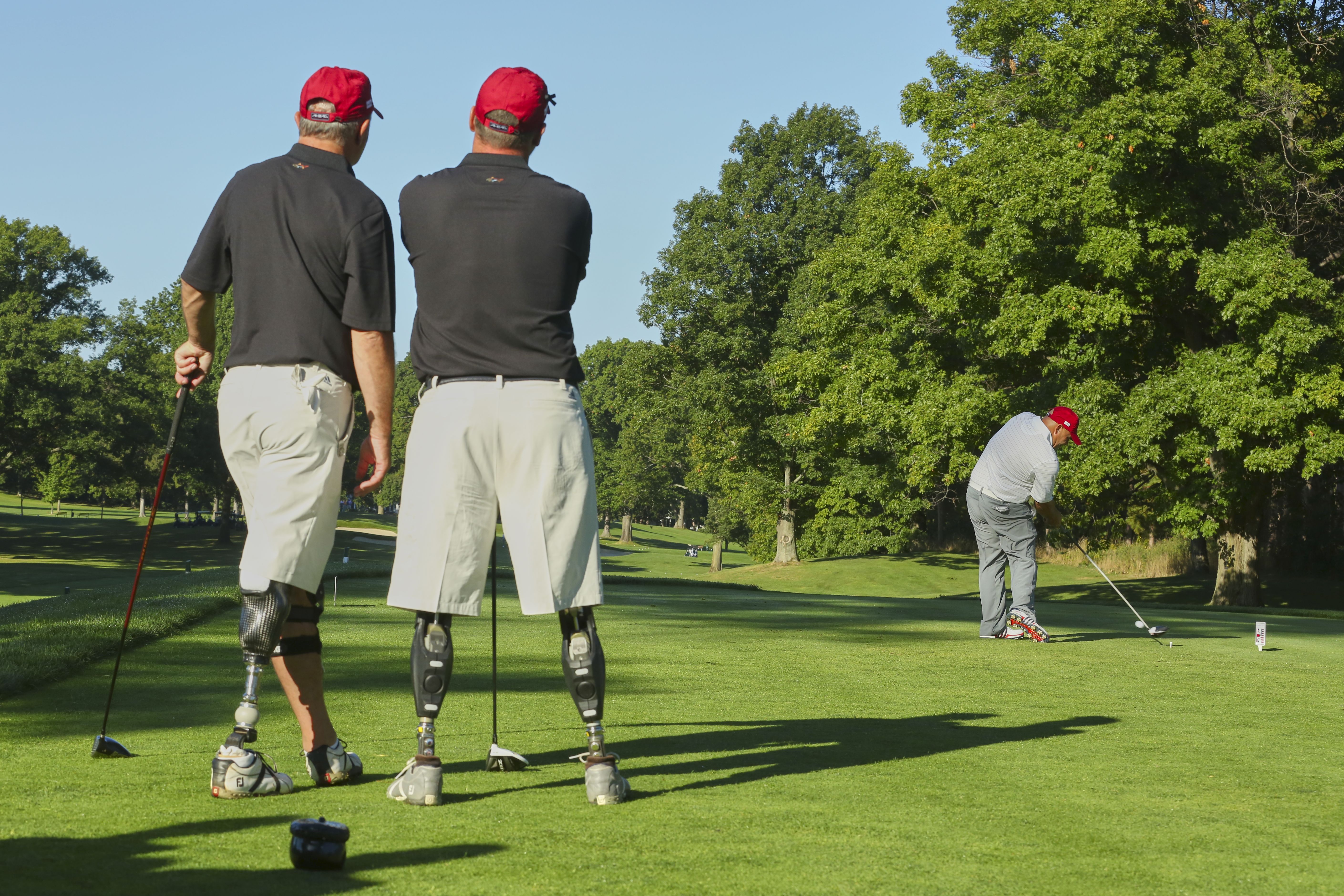 Team USA will arrive in Fife off the back of three straight wins, having defended their title at Maidstone with a thrilling 11-8 victory last September. In turn, the Brits haven’t triumphed since their narrow win under blue skies at Royal St George’s four long years ago. However, with home-ground advantage, and having assembled a team with a blend of quality and experience, they will line up confident that they can square the series at St Andrew’s Links.

The tournament is named after its founder, John Simpson, former Senior Vice-President of International Management Group. Simpson, who himself only has one fully-functioning leg as a result of suffering polio as a child, is also the Chairman and Founder of On Course Foundation, and has managed players such as Sir Nick Faldo, Greg Norman, Vijay Singh and Bernhard Langer.

“The Simpson Cup has enjoyed an incredible journey since it started in 2012, but to be heading over to St Andrew’s this year is surely the pinnacle for everyone involved,” Simpson commented. “Ever since we first approached Euan and the team, they’ve shown nothing but enthusiasm for hosting the event, and have gone out of their way to help us put on what will no doubt be the biggest and best Simpson Cup yet.”

He continued: “I’d also like to extend a big congratulations to members of both teams on their selection, and earning the opportunity to represent their country at the Home of Golf. No doubt there will be a fierce competitive edge, combined with heart-warming camaraderie among the players.

“It is this which perfectly encapsulates what the On Course Foundation charity stands for, and we’re proud to give these brave veterans the chance to shape their futures, both in terms of playing golf and building a sustainable career. It is the very least they deserve.” 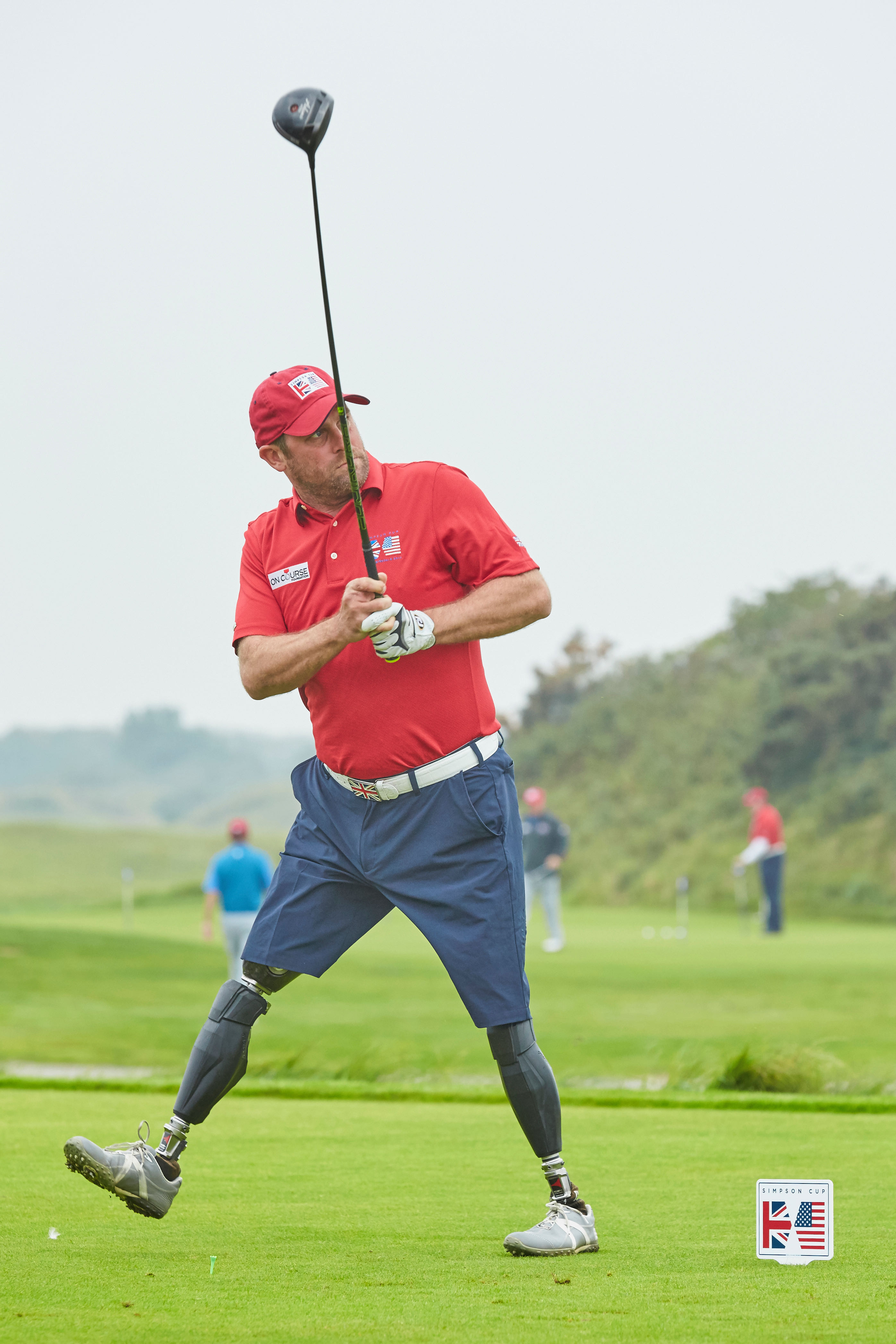 The fabled history of St Andrew’s Links dates back more than 600 years, and has played a fundamental role in shaping the sport itself. Indeed, it was the reduction of the Old Course from 22 holes to 18 in 1764 which set the new standard for golf courses worldwide. It has also been the scene of golf’s greatest moments, having staged 29 Open Championships and 16 Amateur Championships.

Today, St Andrew’s Links has seven public golf courses, over which 230,000 rounds are played collectively each year. However, as a charitable trust, one of their main focuses continues to centre on nurturing the game, and it is with this in mind that the Links and its committee members became so enthused by the prospect of hosting the Simpson Cup.

“Once we were approached about the possibility of the Simpson Cup being played at St Andrew's we were delighted to get involved and support the tournament,” said Euan Loudon, Chief Executive at St Andrew's Links Trust. “We are profoundly grateful to our Armed Forces for the sacrifices they have made for our nation and it is uplifting to see the difference the game of golf can make in their lives. We look forward to welcoming the two teams to the Home of Golf in May and watching them experience the wonderful atmosphere that playing at St Andrew's provides.” 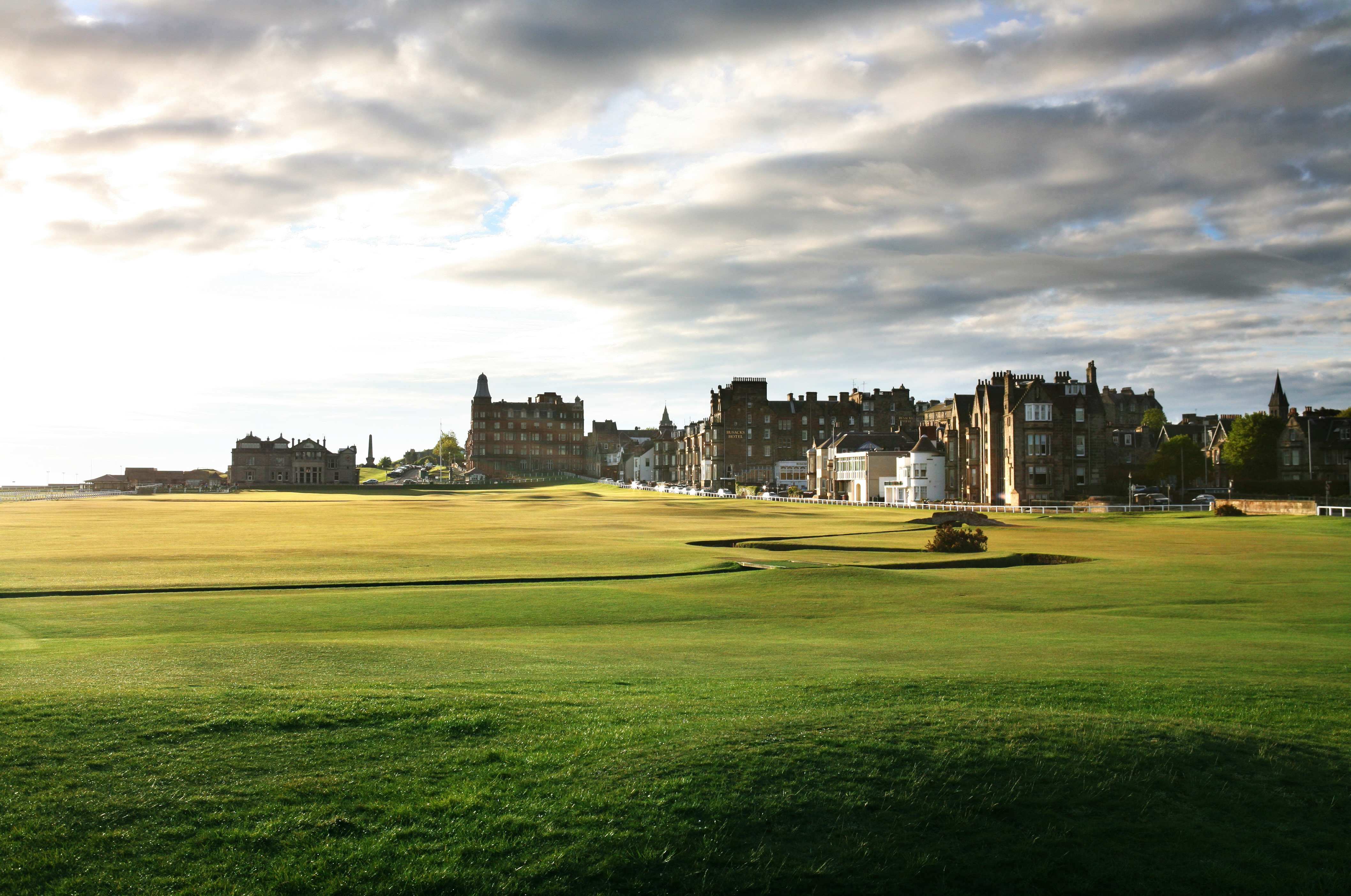 The Simpson Cup commences on the evening of Sunday 19th May with the Opening Ceremony and subsequent fundraising dinner. The following day sees the traditional player/sponsors’ competition taking place on the Jubilee Course, before the tournament proper begins on the morning of Tuesday 21st May with six four-ball matches (two against two, better ball) at the New Course. The competition then concludes on the Wednesday morning with 13 singles matches – this time on the Old Course.

Proceedings will be rounded off later that day with the Cup being presented to the winning team at the Closing Ceremony, bringing down the curtain on another memorable four days for all involved.