Corolla returns to Toyota’s stable in a much-improved state

As one of the elder statesmen of the oriental fold, reports Iain Robertson, the decades old Corolla is a mass-market badge that has seldom excited but has fitted timely, comfortably and, for Toyota, fruitfully into its world-leading range of models.

Corolla and I have history. I acquired one for business purposes in the late-1970s and, again, in the late-1980s. The first was an ‘everyman’ 1.3-litre model, the latter a 1.6GT hatchback. Both were excellent, indefatigably reliable but ultimately not memorable motorcars. Yet, despite the schtick, that is Toyota’s heartland for its most popular model by far.

The latest five-door version appears to have learnt a lot from Kia, in both styling and several detail terms. It is very good looking and finished beautifully, which is only fair, when you contemplate its hefty price tag, in top Excel specification, complete with panoramic glass roof and the 177bhp petrol-electric hybrid engine, at £30,035 (pre-discount). Built on Toyota’s new TNGA platform, there are only two power units available, both of which are hybrid, with the lower power option being the 119bhp unit (£28,310).

Driving the car was a revelation. With a multi-adjustable driver’s seat and steering column, the driving position, while perhaps an inch too high, was very comfortable. The new Corolla gives a good impression of airiness and space, an aspect helped immeasurably by the glass roof, which has an electric roll-back shade. The revised 2.0-litre power unit is unquestionably punchy, despatching the 0-60mph standing start in a zesty 8.0s, before topping out at a restricted 112mph, with deference to its tried and trusted hybrid technology. 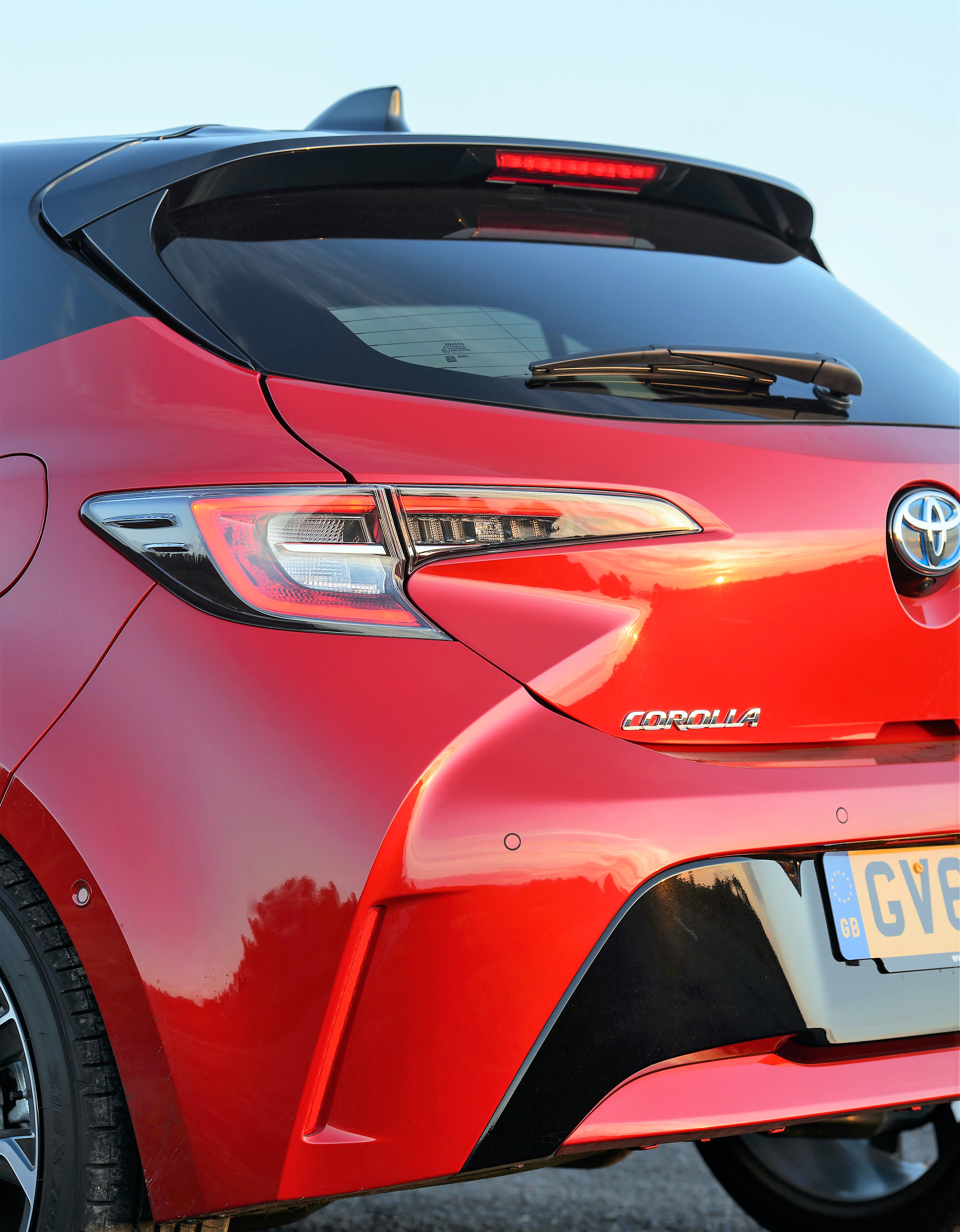 Naturally, where it scores maximum points is with its outstanding frugality of 74.3mpg, while emitting just 86g/km CO2. Driving through a new eCVT transmission, it is possible to flex the steering wheel located paddles to simulate a gearbox but it is actually better to leave it to its own devices. The engine does not race raucously, as CVTs often do, but reacts positively to throttle input instead.

To begin with, I felt that the Corolla’s ride quality was a little nuggety but, as familiarity grew with the car, I started to appreciate its firmness, resistance to roll and excellent stability. The electrically-powered steering is well-weighted and provides decent feedback to the driver’s fingers. Overall, I found much to admire and even enjoy with the new Toyota Corolla. Its boot space is compromised slightly by the hybrid hardware but it remains class competitive.

It has taken Toyota no less than 13 years to return Corolla to the new car scene and it is a worthy relaunch, with a car that meets modern day demands and exceeds them in key areas.