Brian Wood was awarded Military Cross, one of Britain’s highest awards for gallantry in combat, following his courageous leadership under enemy fire in Iraq. Brian had to make frequent life-or-death decisions in a serious battle situation, and successfully lead his unit to victory without sustaining any serious casualties themselves.

Brian makes no secret about his struggles after leaving the Armed Forces, which were only impounded by the public inquiry following his time in Iraq. The inquiry was irrevocably dismissed and proved to be completely vindicated by the inquiry in 2017, following which Brian has become a best-selling author, Double Crossed: A Code of Honour, A Complete Betrayal, and now regularly gives engaging and inspirational talks to exclusive audiences, including military personnel about his experiences.

“I have worked with Brian at a number of events to support our Armed Forces community and like many, find his story inspirational and compelling; he is a true advocate for our Armed Forces and motivates and supports so many. This fits perfectly with our ethos at Forces Cars Direct to recognise and reward all veterans and serving personnel and we are delighted to bring him on board in our partnership.”

Steve Thornton also served in the Army with 4 Regt AAC, 669 Sqn, serving in the Gulf War in 1990. On leaving the military, Steve went on to found Forces Cars Direct in 2001 to ensure a quality service with genuine new car discounts to reward other military veterans and serving personnel across all services. In line with the company ethos, Forces Cars Direct also supports military charities, such as SSAFA and regularly sponsors military individuals on their inspiring endeavours to support others.

“It is vital for military personnel and those leaving the military to feel supported and welcomed, they have given so much to the communities around them and of course our country as a nation. Working with Forces Cars Direct shows me a company that not only offers a great service and discounts, but genuinely cares and looks after its military customers and I am excited to develop our partnership.”

Both Brian Wood and Forces Cars Direct share a drive to assist and inspire others, particularly in the military community, and will be working together on various events over the coming months. To find out more and to be updated with news follow the duo on social media: 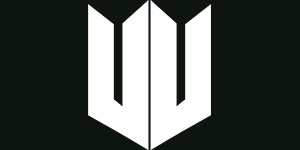 Both Brian Wood and Forces Cars Direct share a drive to assist and inspire others, particularly in the military community, and will be working together on various events over the coming months. Join us on social media for event updates.