Comprehensive rethink on ICE by Volvo

Volvo set a new standard in in-car entertainment, reports Iain Robertson, when it introduced its portrait format touchscreen in the ‘new’ XC90 five years ago, but with the all-electric XC40 due early next year, a new partnership has developed.

Volvo Cars has fundamentally reconsidered its infotainment offering. Powered by Android, the new system offers customers unprecedented personalisation, improved levels of intuitiveness and new embedded Google technology and services. Volvo is the first car company to team up with Google on integrating an infotainment system powered by Android, with Google Assistant, Google Maps and the Google Play Store built in.

The new system offers full integration of Android Automotive OS, Google’s open-source Android platform, with real-time updates to the full range of services. The electric XC40 is also the first Volvo that will receive software and operating system updates ‘over the air’, placing the company at the forefront of automotive connected services. The fully electric XC40 will keep evolving and improving over time, rather than it being at its peak, when it leaves the factory. 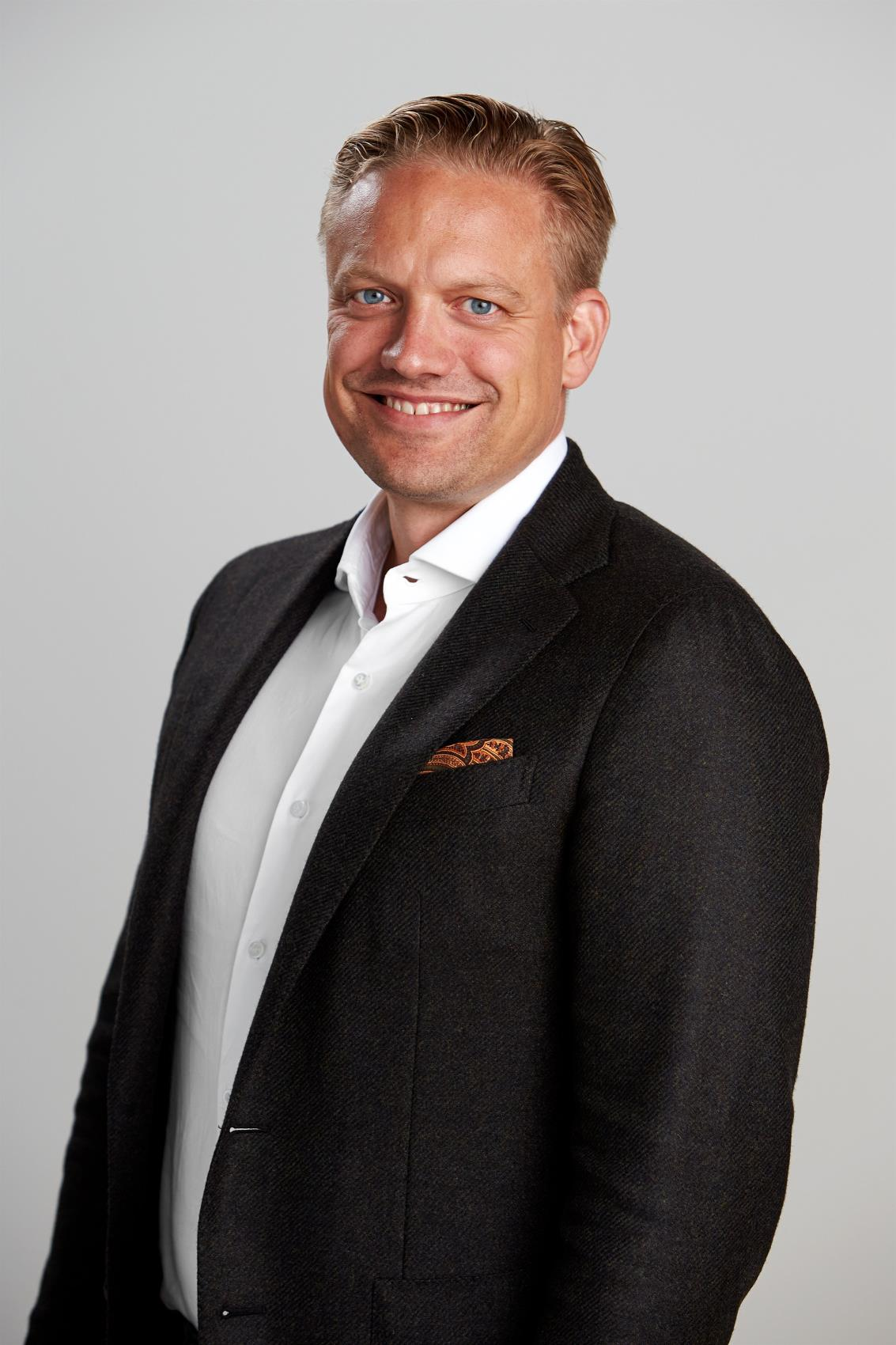 Henrik Green, Chief Technology Officer at Volvo Cars, told us: “We are finally giving you the same experience in your car that you’re used to on your phone but adapted for safe interaction while driving. By introducing over-the-air updates for everything from maintenance to completely new features, the car can stay as fresh as your other digital products, always with the latest and greatest features.”

One of the better aspects of Android Automotive OS is that it is an operating system familiar to millions of developers, tailored to run in the car, which means that additional music and media apps optimised and adapted for cars will be available through the Google Play Store. 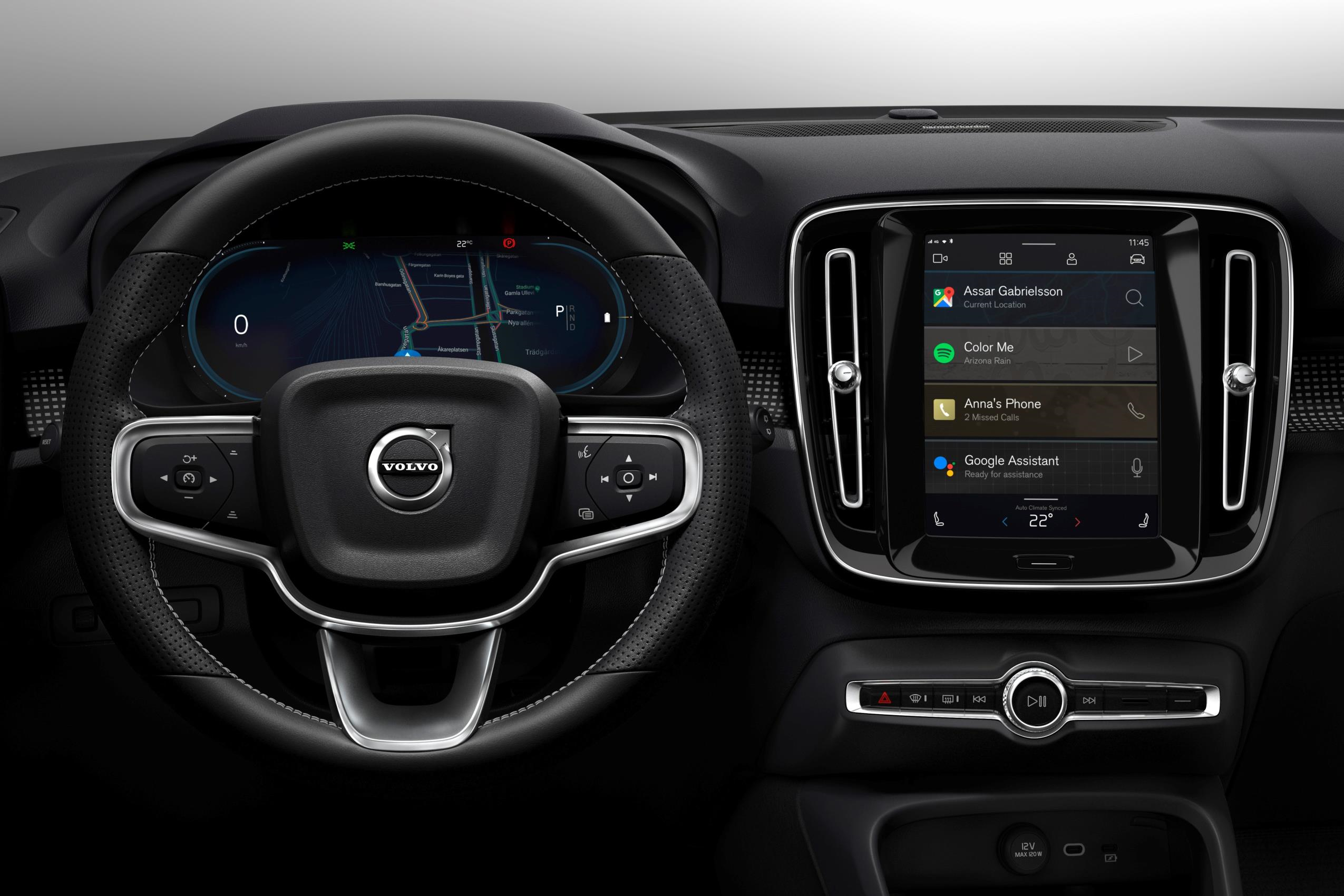 Google Assistant allows customers to get things done using just voice control, for in-car functions such as controlling temperature, setting a destination, playing favourite music and podcasts on apps such as Spotify, and keeping in touch by, for example, sending messages. This level of integration contributes to reducing driver distraction, helping drivers to keep their hands on the wheel and eyes on the road. Google Assistant also allows car occupants to interact with smart-home devices from the car. 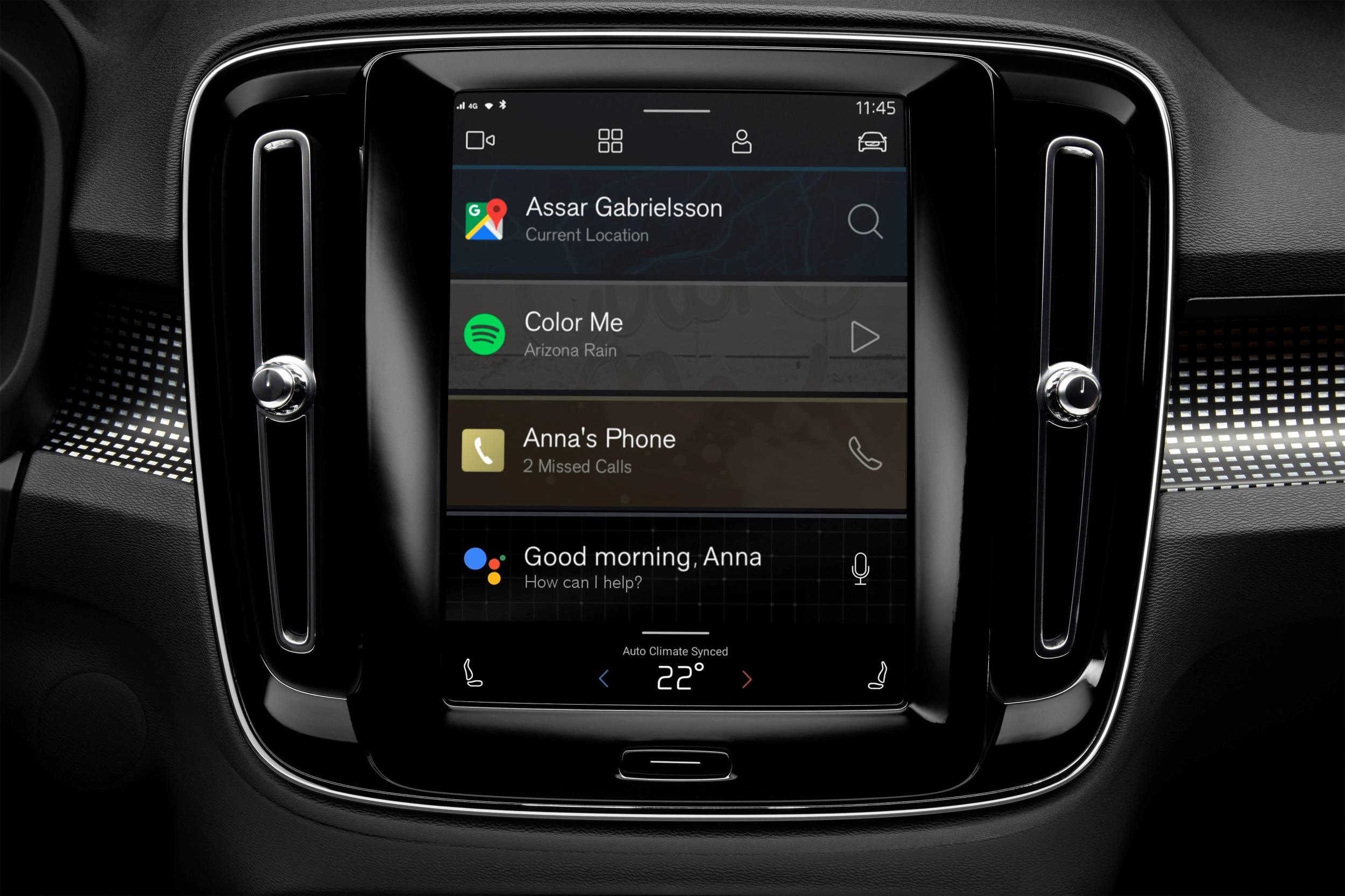 Google Maps will be able to provide refreshed map and traffic data in real time, keeping drivers informed about upcoming traffic situations and suggesting alternative routes proactively, as well as suggesting the nearest charging station en-route. Rich and fresh map data will be used to improve the capabilities of the XC40’s Advanced Driver Assistance Systems (ADAS) by providing important information such as speed limits and curves in the road.

Volvo Cars also continues to develop software and connected services, using its growing force of software engineers and its own digital services platform, Volvo On Call. The new infotainment system will be fully integrated with Volvo On Call, offering new features such as monitoring battery status, charging levels, pre-heating the car on a cold winter’s day, finding it in a large car park, remote locking and unlocking, and car sharing via a digital key.

Volvo is keen to lead the market with its ICE revisions. There is no word, as yet, as to whether the rest of its car range will adopt the new technology but we think that it is only a matter of time.